Neighborhood as Corporation: Building for the Community

“Nobody should have to move out of their neighborhood to live in a better one.” - Majora Carter 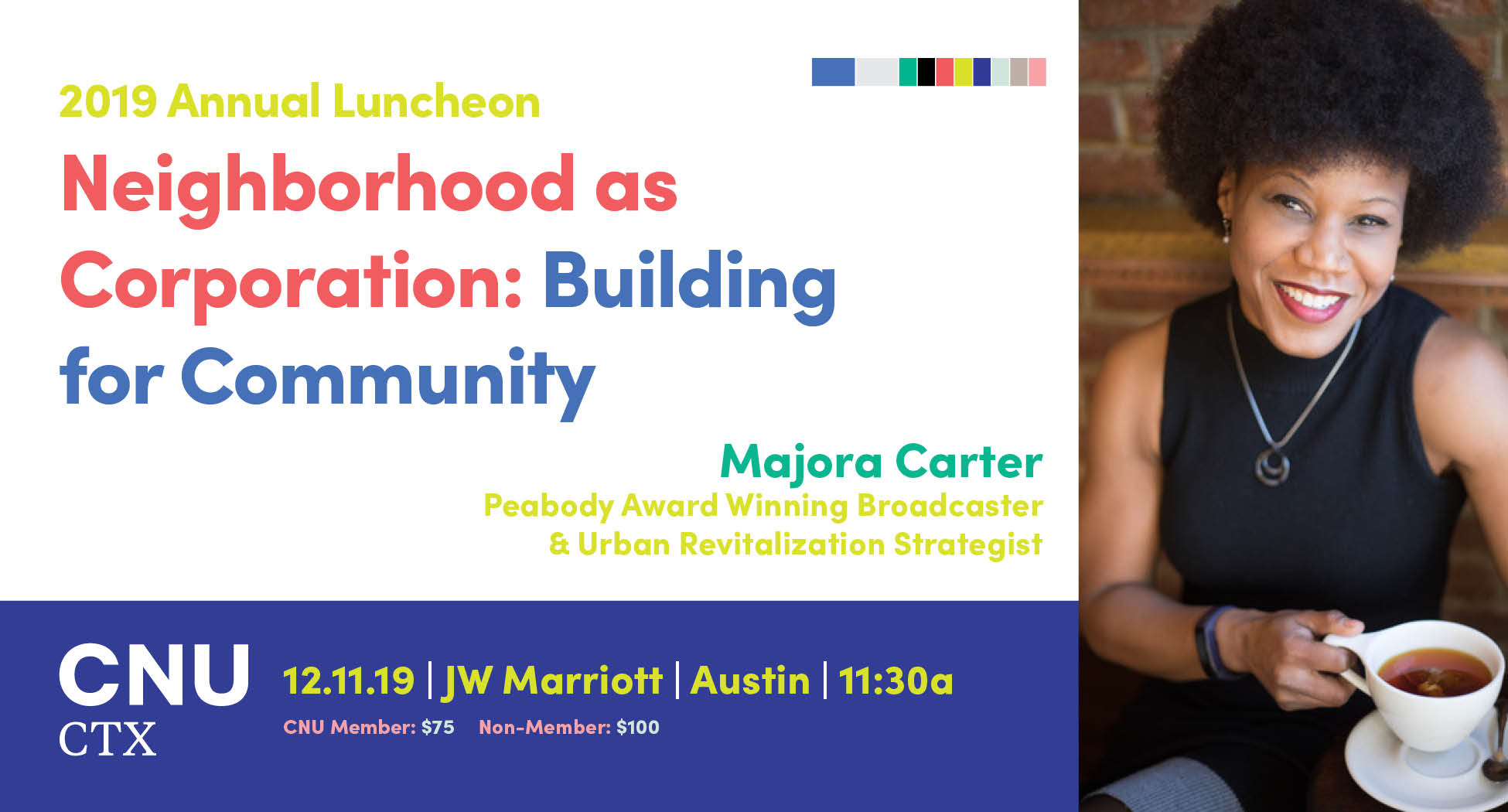 Austin’s success and growth has benefited some while leaving others behind. Formerly neglected neighborhoods are revitalizing bringing new energy and opportunities, but all too often existing residents find themselves priced out of these now increasingly desirable neighborhoods and leaving our city.

Successful companies prioritize talent-retention in order to thrive. How can communities benefit from a similar mindset, and how does this paradigm differ from conventional wisdom today? CNU-CTX is pleased to bring in Majora Carter to talk about this critical issue for our 2019 Annual Luncheon.

Majora Carter is an American urban revitalization strategist and broadcast producer/host from the South Bronx in New York. Her career has spanned environment, economy, social mobility, and real estate development, and her work has won major awards in each sector including a MacArthur 'genius' Grant, a Peabody Award, the Rudy Bruner Award Silver Medal, nine honorary doctorates, and accolades from various professional groups.

Her ability to shepherd teams through difficult socio-economic conflict has garnered a very long list of awards and honorary PhD's, including: 100 Most Intriguing Entrepreneurs by Goldman Sachs, Silicon Alley 100 by Business Insider, Liberty Medal for Lifetime Achievement by News Corp, and other honors from the National Building Museum, International Interior Design Association, Center for American Progress, as well as her TEDtalk which was one of six to launch that site in 2006.